Dentists regularly state that people should brush their teeth twice a day. However, there are now studies that suggest you can get away with brushing less than that. What if you could brush just once a day? Here's a look at whether that is enough for your oral hygiene routine.

It's All About the Quality of the Brushing

While dentists say to brush twice a day, there is no scientific evidence that backs this claim up. In fact Tufts Journal states that once a day could be just the right amount. It's not the amount of times you brush that is important but the quality of the brushing. If you get rid of the bacteria and acid that causes tooth decay, you could reduce any oral health problems you face.

It actually takes 48 hours for bacteria to form. With that in mind, brushing once will get rid of the acids and food particles that offer the breeding ground for bacteria before the bacteria even has a chance to grow.

The quality is important. If you leave any food particles in the mouth, bacteria will eventually grow. This is why dentists recommend twice a day, since you have the chance to go back over your teeth later in the day.

Give Your Mouth a Chance to Remove Acids Naturally

Your saliva has an important role to remove the acids from the mouth. It needs time to work, and many people are guilty of not giving the saliva this time. If you brush straight after eating food, you need to stop. Give your mouth 30 minutes or so to produce the saliva and get rid of the acid. Brushing before this time will lead to the acid being pushed around the mouth and spread across the teeth instead.

Watch out for any damage you cause to your gums! Quality is important regardless of the amount of times you brush. Use a soft- to medium-bristled toothbrush and don't brush so hard that it makes the gums bleed. Brushing too hard will lead to the gums receding, and you'll expose the roots.

Why Brush Twice a Day

There are benefits of brushing more than once a day, every day. The biggest benefit is that you remove the biofilm that forms while eating. Every time you eat, another layer of biofilm appears. This biolfilm gives an area for the bacteria to form, so some of the earlier colonisers will appear before the 48 hour mark.

While there is no scientific research that shows brushing more than once a day is best for your teeth, brushing two to three times a day can be beneficial. Once a day will remove the food particles, but you need to make sure the quality is the best standard to remove all the biofilm and prevent bacteria growth in the mouth. 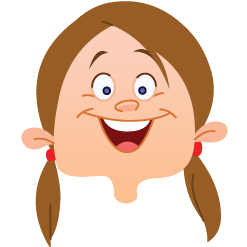 Becoming a great dental technician is more than completing your vocational training and starting work. Great dental technicians also have great interpersonal skills helping nervous patients relax and receive the treatments they need. In this blog I want to cover the process of ongoing professional learning about the technical developments in dentistry, but also the tips on how to work with your patients and come up with holistic treatment plans. We don't want people to come into the dentist only when they have a problem with their teeth, we want patients to come in early to prevent having dental issues.